Three churches’ reflections on fracking, a caveat, and one clearcut decision

As yet no reference has been found in these reflections to the numerous studies about the adverse health impacts of this technology. Setting aside alarming accounts on campaigning sites, we reproduce the cover of just one of several reports published by America’s Environmental Health Perspectives (ISSN-L 0091-6765), a monthly peer-reviewed journal of research and news published with support from the National Institute of Environmental Health Sciences (NIEHS), National Institutes of Health, U.S. Department of Health and Human Services. 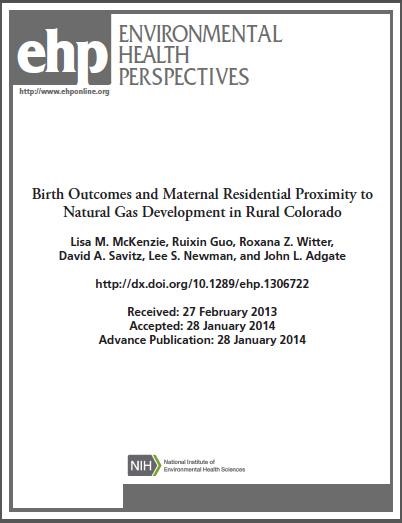 Conclusions: In this large cohort, we observed an association between density and proximity of natural gas wells within a 10-mile radius of maternal residence and prevalence of CHDs (congenital heart defects) and possibly NTDs (neural tube defects, a common condition being spina bifida). Greater specificity in exposure estimates is needed to further explore these associations.

Following a 2013 statement, the Church of England issued a December 2016 briefing paper, commissioned by the Mission and Public Affairs Council, and the Environment Working Group:

“Clearly all carbon based fuels contribute to global warming and are less than ideal in terms of climate change. However, it should also be recognised that gas is less damaging than coal and to preclude properly managed technical development is to risk denying ourselves more important, less polluting and less costly options than the energy sources on which we currently rely. Fuel poverty, the creation of jobs, energy self-sufficiency and the development of technology that may reduce the impact of more polluting fuels are just some of the factors which need to be taken into account in any debate alongside the concern we all have about the impact of fossil fuels upon climate change . . .

“The case for and against fracking depends first on conclusions about the role of shale gas in a transitional energy policy. Shale gas is a potentially useful element in achieving a transition to a much lower carbon economy . . . “ 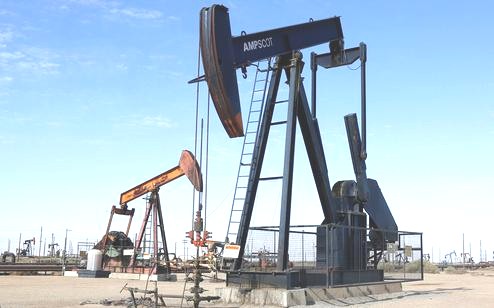 Quakers are calling for an outright ban on new and intensive forms of fossil fuel extraction, including fracking for shale gas and oil, and underground coal gasification. Meeting in London this week, they said, “The UK needs to be investing in efficient and renewable energy, and reducing demand, not in additional fossil fuels. Fracked gas is not the low-carbon solution some suggest that it is and is incompatible with tackling the climate crisis. It is destructive of the environment, land and communities.”

On Saturday, 6th May, many will climb Lancashire’s Pendle Hill – at the centre of an area licensed for fracking – to protest against the effects of fracking, both locally and around the world. It is a significant place for Quakers; in 1652 George Fox climbed the hill and had a vision of creating a great movement of people. Weeks later, at Firbank Fell in Cumbria, he preached to one thousand for three hours”. Meeting for Sufferings, Quakers’ representative body, said:

“At this time we are particularly concerned about the expansion of fracking for shale gas. The UK needs to be investing in efficient and renewable energy, and reducing demand, not in additional fossil fuels. Fracked gas is not the low-carbon solution some suggest that it is and is incompatible with tackling the climate crisis. It is destructive of the environment, land and communities”.