The Telegraph reports that MP James Cleverly, who is in charge of the Tory election campaign, says that he is aware of individuals, including entrepreneurs and other business figures, some Jewish, who plan to leave the country if Labour were to win the election.

Would that be noticed? Many – like the Telegraph’s owners – already spend much of their time away from Britain.

Surely they could survive relatively unscathed, despite paying taxes in full and ‘coming to an arrangement’ with the currently short-staffed inland revenue service, paying their workers a living wage and bearing the costs of any pollution emitted by their businesses?

Mr Cleveley shows compassion for those whom he says are planning to leave, but appears to lack sympathy for the less fortunate. The Independent reported that, according to Parliament’s register of interests, Cleverly was one of 72 Conservative MPs voting against the amendment who personally derived an income from renting out property. He opposed – and therefore delayed – legislation which would have required private landlords to make their homes “fit for human habitation”.

When working with mayor Boris Johnson as Chair of the London Fire and Emergency Planning Authority, he was responsible for the closure of ten fire stations in London, after which an elderly man jumped from a burning building in Camden, following delays in the arrival of fire crews. The Fire Brigades Union had repeatedly warned that a tragic death of this kind would occur after severe cuts to funding of the fire service in London. 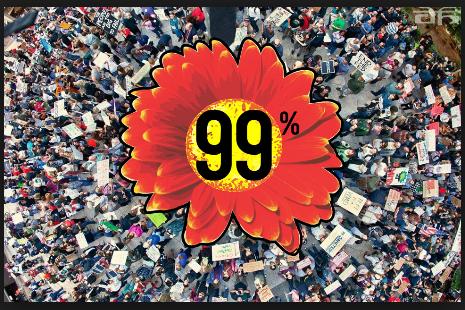 Under a government led by Jeremy Corbyn, as corporate tax evasion and avoidance on a large scale is addressed releasing funds for education, health and other important services, the 99% on lower incomes will welcome a living wage, a well-staffed fire and health service, homes fit for human habitation, appropriate care for the elderly and disabled and better employment opportunities as manufacturing and services are increasingly in-sourced.

And these millions have one asset: their vote.

A reader comments. “The FT seems to be taking the prospect of a Labour government seriously”

Over the next week, the Financial Times will be examining the impact of a prospective Corbyn government on the UK economy as memories of the financial crisis have reinforced the public’s perception of a system rigged against them – despite the ongoing exposures of the excesses of the financial services industry.

FT: “A Corbyn government promises a genuine revolution in the British economy”

It looks at the plans already announced, describing them as “breathtaking in scope”. These include:

Mr Corbyn’s supporters see rebalancing of control from shareholders, landlords and other vested interests to workers, consumers and tenants, “reorienting an economy that works for those at the top but not for the young, the unemployed or those struggling on zero-hours contracts” as “fairness”. But to political opponents, high-earners, business owners, investors and landlords, it is alarming.

On September 1st, the FT declared: “A Corbyn government is no longer a remote prospect. With UK politics scrambled by Brexit, the landscape is unrecognisable”.

Lord David Willetts, a former Conservative cabinet minister who now chairs the Resolution Foundation think-tank, comments: “Brexit is so radical and such a massive gamble, breaking a 40-year trading arrangement, that it’s hard for Tories to say to people ‘don’t gamble on Labour”. They just think: ‘who’s the gambler?’”

Brexit as an opportunity: in his speech to the 2018 Labour conference, Shadow Chancellor John Donnell noted: “The greater the mess we inherit, the more radical we have to be.”

Lord Bob Kerslake, former head of the civil service, who is helping Labour to prepare for government, believes Labour’s manifesto pledges are indeed ‘radical’ but can be delivered. He realises that there are questions about how much of the Corbyn-McDonnell policy platform can be carried out if there is a minority government and stresses the need to make significant progress on it in a first term.

As the FT wrote: “Polling data show that voters currently evince little enthusiasm for a Corbyn government. And yet the existential shock of Brexit, combined with his appeal to younger voters and families fatigued by nearly a decade of austerity, could still deliver the unexpected”.