Today The Times reports that the chancellor is considering slashing the annual tuition fee universities can charge to £7,500, in this autumn’s budget, after young voters swung behind Jeremy Corbyn when he pledged to abolish fees if in government.

The Blair Labour government introduced university tuition fees in 1998. Students had to pay up to £1,000 a year, depending on their parents’ income.

In 2008 student loans were removed from protective legislation, by Section 8 of the Sale of Student Loans Act and the Conservative-led coalition increased fees to a maximum of £9,000 a year from the 2012/13 academic year. Fees charged by English universities are now capped at £9,250 but can rise with inflation from this year.

At the time, minister Alan Johnson said “There is nothing progressive about working people, many of whom will get nowhere near a university, cross-subsidising mainly middle-class students to have a completely free higher education.” 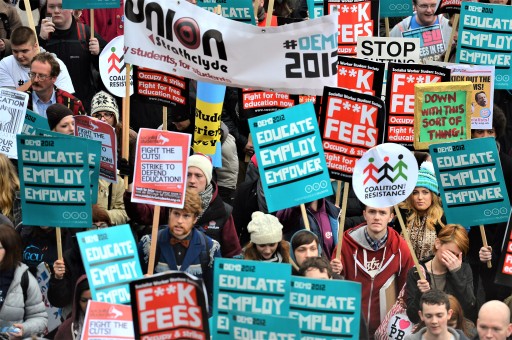 As the FT’s Miranda Green and Alice Hancock report, since the first graduate contribution the UK has stayed high up the international university rankings, with a ‘lucrative higher education export business’, as imposing new buildings spring up on campuses, student flats proliferate and vice chancellors receive average pay packets of £277,834.

Alongside this boom in construction and salaries however, doubts are being raised about the quality of tuition and the content of many degrees now being offered. A comparatively mild one came from Alice Hancock: “In all the discussion over price, there has been little talk of product. I’m happy to make my monthly donation towards my education: it led me to a better job. But I attended a university where I received an average of 15 hours of tuition each week, much of it one-on-one. This is far from commonplace”.

To pay for this expansion, interest rates on student loans are now three percentage points above the retail prices index of inflation; from this autumn they will carry 6.1% interest  – more, as Estelle Clarke, Advisory board member of the Intergenerational Foundation points out in the FT: the Student Loans Company ‘hidden in the small print’, charges a monthly compound interest rate of 6.1% . . .

She adds: “I believe that if more understood what education costs our graduates, monthly compounding rates would have been confined to the dustbin of immoral exploitation. Were student loans regulated, neither punitive compounding interest rates nor inadequate explanations by the SLC would be tolerated”.

Jeremy Corbyn’s £11bn pledge has proved appealing but the FT journalists fear that if he were to act on it in power, a booming, world-class higher education sector would be plunged into financial crisis. 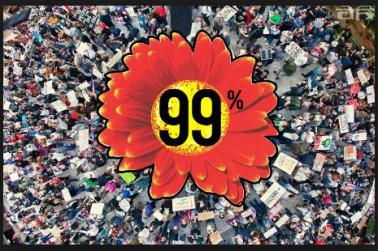 If, as the Higher Education Policy Institute projects, 71% of students will never repay loans, who will eventually repay the costs of the campus buildings and student flats? The Telegraph quotes Nick Hillman, director of the institute refers to this as a “very substantial” subsidy from future taxpayers to higher education which is “concealed in the system”.

The Institute of Fiscal Studies’ report explains that if graduate earnings are 2 percentage points lower than expected, the long-run government contribution increases by 50%. It calculates that in the long term the government (the taxpayer) will foot the bill for unpaid student loans, which are written off after 30 years: “the expected long-run cost to the taxpayer of HE for the 2017 cohort is £5.9 billion”.

As economist Alison Wolf argues in her 2016 report, many disadvantaged young people would be better served by funding one or two-year high-quality technical courses — or better early years education. But the political corporate alliance would see little profit in doing this.

“The government has always claimed that the main reason it is holding down pay in Whitehall, schools and the NHS is because the taxpayer can’t afford it and we need to cut the deficit”.

In 2011, ex-banker living wage, the Cabinet Office minister responsible for Whitehall’s industrial relations, claimed to have safeguarded the very lowest paid and attacked perks given to richer civil servants – at a time when Exaro News revealed that Ed Lester, head of the Student Loans Company, had secured a lucrative – but short-lived – payment ‘package’ where he avoided paying tax or national insurance at source, before he moved to head the Land Registry with a regular tax-paying commitment.

Hencke: “Now in the same organisation a new drama is being played out . . .” 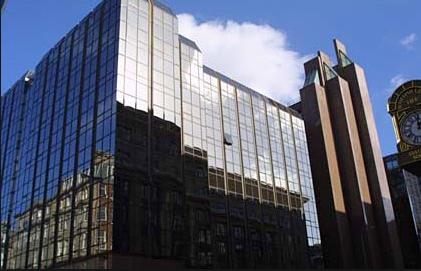 An interesting negotiating ploy by the Public and Commercial Services Union

Hencke related that the Public and Commercial Services Union, which represents Whitehall’s lowest paid, suggested that Ed Lester’s successor, Mike Laverty, could forgo a £25,000 a year bonus and redistribute it to the staff, benefiting the lowest paid. He explains:

“The union had calculated that, if all the money available, including a below inflation rise and one off £265 payment (worth £595) for those earning less than £21,000 a year, and a one-off £560 payment to those over £21,000, all 2400 staff could get an increase of more than £600 incorporated into their salaries. The few very lowest paid would get a £960 pay rise to take them up to the nationally-recognised living wage. It would benefit people working in Glasgow, Darlington and Colwyn Bay”.

Mike Laverty is unusual in that he returned some £80,000 to the Treasury last year from a previous redundancy deal when he got his new job, but his reaction to the PCS proposal is not on record.

However, David Hencke understands that the Cabinet Office blocked this move and is insisting that the bonus be paid to one person instead. His verdict will surprise few people:

“This indicates that the government has no intention of protecting the lowest paid and curb bonuses for the rich”.

Plutocracy in the news: the FT has at last noticed that the political-corporate revolving door is spinning at an even more alarming rate

A few days ago Anne sent a link & expressed concern about the news that Dave Hartnett, formerly HMRC chief, has secured a new job at Deloitte.

Her misgivings were echoed by Margaret Hodge MP, chair of the public accounts committee, which criticised Mr Hartnett for agreeing the deal with Goldman Sachs, which waived up to £20m of interest penalties on offshore bonus payments.

Earlier, David Hencke of Exaro News reported that Ed Lester, former chief executive of the Students Loans Company,had been appointed by the Department of Business, Innovation and Science to head the troubled Land Registry – despite the SLC’s poor performance, including:

Now the FT politely notes “The trend of ministers and officials leaving for the Big Four seems to be accelerating. PwC announced last week they had recruited Alan Milburn, the former Labour health minister, to advise on change in the NHS, sparking anger from local union leaders”.

Opening with Hartnett, it continues with Paul Kirby, who returned to KPMG after heading the Number 10 policy unit, and Neil Sherlock, the former adviser to Nick Clegg, who has moved to a senior post with PwC, adding that some time ago former home secretaries Charles Clarke and Jacqui Smith also made the move as consultants for KPMG.

“The analysis from publicly available data shows 18 people have left top positions for KPMG, Deloitte and PwC, a sign of the symbiotic relationship between government and the companies at the centre of recent tax avoidance rows”.

“The findings also show the companies themselves have spent a total of more than £1m paying for staff to work within the main three political parties, fuelling claims of a “revolving door” between politics and tax planning . . . Since the 2010 general election the three main UK political parties have received £1.14m in kind from three of the biggest accountancy firms: KPMG, Deloitte and PwC. PwC has given £503,442 to Labour in the form of multiple secondments. It has also given £289,619 of advice to the Liberal Democratsand £12,634 to the Conservative party”.

Under the last two governments, big money has increasingly skewed the decision-making process in favour of the corporate world – meanwhile the electorate suffers higher utility bills and other essentials rise in price, further enriching the few.