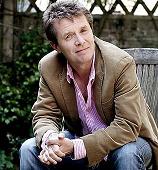 As the government gives notice to the stock exchange that it plans to privatise the Royal Mail “in the coming weeks” Nicky Campbell hosted a ‘phone-in’ on Radio 5 this morning.

In general an excellent broadcaster, on this occasion Nicky shared a failing with others – for instance David Dimbleby on TV’s ‘Question Time’ – in allowing forceful politicians or their corporate allies to interrupt and drown out anyone with views they do not welcome.

Today it was the turn of a postwoman who was asked to state her case but then was repeatedly interrupted and heckled by Digby Jones who preferred to bluster instead of putting forward a calm and reasoned contribution.

Was he impelled to do this because he was losing the argument?

This should not have been allowed. Some people now have refused to appear on such media interviews because they have experienced this discourtesy which can actually damage the presentation of their case.

No lover of titles, this listener did feel that, if they continue to be handed out, the victim in this case was infinitely more deserving of an honour than her assailant.

Noting visitors to the site from 22 countries last week, the writer hopes one day to be able to give them news of the reform of Britain’s plutocratic regime.

This link was sent by a reader with the comment “Stupefait!“

The government has announced that Goldman Sachs, which has ‘sparked a great deal of controversy over its alleged improper practices’ – especially since the 2007 and ongoing financial crisis – and UBS, fined £940m for its role in the Libor rate rigging scandal – are to be the global co-ordinators and bookrunners of the Royal Mail privatisation.

The department for business, innovation and skills (BIS), which is in charge of the sale, refused to say how much the banks will collect in fees, but they will collect 1% of the flotation value.

A BIS spokesman declined to comment on the banks’ roles in recent scandals.

Many readers will remember that MI5 held files on MPs and members of the public  (‘60s-80s), opening correspondence and tapping phones – in some cases without going through the correct channels.

A book called – ironically? – The Defence of the Realm, by Christopher Andrew, covers this

subject, referring to MI5’s description of Bruce Kent, one-time CND chairman, as a “possible anarchist”.  He records that Labour party leaders passed MI5 a list of MPs they suspected of being influenced by Moscow, so the Security Service could check up on them. Two Quaker groups told the writer that they routinely received opened parcels.

Andrew’s book also refers to the surveillance of (now MP) Joan Ruddock, later chair of CND, because she met Mikhail Bogdanov, who – unknown to her – was a KGB agent, the surveillance of Harriet Harman, Labour’s deputy leader, and former cabinet colleague Patricia Hewitt, when they were officers of the National Council of Civil Liberties.

MI5 also opened a permanent file on the Greenham Common women’s peace camp on the grounds that it was “subject to penetration by subversive groups”.  The writer, who visited Greenham once, placing a photo of her baby son on the fence (left) and went on several CND marches, found her foreign mail and any packages were opened and the phone was tapped.  An extension upstairs would ring about ten times before the main phone downstairs.

A complaint to the postman about their opened and unsealed post was met with dismay, “They should have sealed them up” but also understanding: “Ah yes, I know what that will be. Just leave it to me and you’ll have no more trouble. And that was correct, the phones worked properly from that day and no more correspondence was damaged . . . until this year.

Round 2 – the new targets, the old tactics?

Andrew continues: “MI5 virtually gave up these activities in the mid-1980s, after the miners’ strike, to concentrate first on Northern Ireland and, later, on countering Islamist-inspired terrorism”.

However, once more the writer’s airletters from Mumbai are being opened – but this time at least correctly placed in a plastic envelope with an apology.

They were slit open into jigsaw pieces ad several lines cut through making it either difficult or impossible to understand part of the family news contained therein.

We also read in March that the GMB union discovered that a blacklist, kept by the Consulting Association, used by employers to flag up workers involved in union or political activity or whistleblowers who raised health and safety issues, also included about 240 environmental activists.

This time the postman who was consulted said that he was unable to put matters right – but gave the correct address after some prompting.

A complaint will be made to Royal Mail. Other readers who are facing this problem could do this – with a copy to their MP.