Will the small print exclude some EU citizens living & working in Britain?

An EU citizen working in this country thinks it will.

She emailed a downbeat response to the announcement made by Theresa May to European leaders that no EU citizens living lawfully in Britain when it exits in March 2019 would be asked to leave. She added that EU citizens already in the UK – and those who arrive lawfully during a subsequent “grace period”, expected to be up to two years – will be given the opportunity to build up five years’ worth of residence.

Our reader explained that it’s all in the small print: the way the UK interprets “lawfully” means quite a few in reality won’t qualify.

One category is that of students without “comprehensive” private health care cover (‘comprehensive’ never defined!). Others will be wrong-footed as the number of qualifying years change; those based in the UK who travelled abroad in the course of their work for more than 100 plus days find that year doesn’t count… Our reader adds:

“Those who’ll be unlikely to qualify for May’s offer could also include the retired French widow living off her pension (arrived in the UK as teacher in the 70s), as she’s not ‘economically self-sufficient’ … It is inhumane to leave her (& others in her situation) in limbo (she was interviewed last year after Brexit referendum and I doubt May’s offer has helped her to sleep better!) 😦 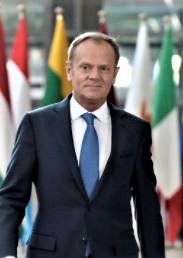 Donald Tusk, president of the European council, said the offer was “below our expectations” and would worsen the rights of the EU citizens.

Anne-Laure Donskoy, a founding member of the 3million – which aims to protect the rights of EU citizens living in the UK – agreed, saying “It is like a teaser this statement, it gives you general direction of travel potentially, but there are things in the statement that need to be unpicked.”

Our reader sends a link to an article by another 3million founding member who believes that Theresa May’s ‘outline deal’ falls woefully short of the comprehensive, reciprocal offer by the EU that includes lifetime guarantees of all existing rights for EU citizens in the UK (‘migrants’) and British citizens living in the EU (‘ex-pats’) whose rights are equally at risk.

She adds a link to these right-minded EU proposals which were published early in June: Essential Principles on Citizens’ Rights. They aim to protect the rights of EU27 citizens, UK nationals and their family members who, at the date of entry into force of the Withdrawal Agreement, “enjoyed rights relating to free movement under Union law, as well as rights which are in the process of being obtained and the rights the enjoyment of which will intervene at a later date [for example pension rights]”.

The Guardian reports that the full details of Theresa May’s offer to EU citizens will be published on Monday.