Time for change: junk the Anglo-Saxon model* in 2018

The FT reports that senior executives at several of the largest US banks have privately told the Trump administration they feared the prospect of a Labour victory if Britain were forced into new elections.

It then referred to a report by analysts at Morgan Stanley arguing that a Corbyn government would mark the “most significant political shift in the UK” since Margaret Thatcher’s election and may represent a “bigger risk than Brexit” to the British economy. It predicted snap elections next year, arguing that the prospect of a return to the polls “is much more scary from an equity perspective than Brexit”. 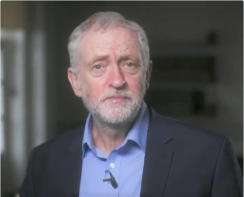 Jeremy Corbyn gave ‘a clear response’ to Morgan Stanley in a video (left) published on social media reflecting anti-Wall Street rhetoric from some mainstream politicians in the US and Europe, saying: “These are the same speculators and gamblers who crashed our economy in 2008 . . . could anyone refute the headline claim that bankers are indeed glorified gamblers playing with the fate of our nation?”

He warned global banks that operate out of the City of London that he would indeed be a “threat” to their business if he became prime minister.

He singled out Morgan Stanley, the US investment bank, for particular criticism, arguing that James Gorman, its chief executive, was paying himself a salary of millions of pounds as ordinary British workers are “finding it harder to get by”.

The FT points out that donors linked to Morgan Stanley had given £350,000 to the Tory party since 2006 and Philip Hammond, the chancellor, had met the bank four times, most recently in April 2017. The bank also had strong ties to New Labour: “Alistair Darling, a Labour chancellor until 2010, has served on the bank’s board since 2015. Jeremy Heywood, head of Britain’s civil service, was a managing director at Morgan Stanley, including as co-head of UK investment banking, before returning to public service in 2007”.

In a December article the FT pointed out that the UK lacks the kind of community banks or Sparkassen that are the bedrock of small business lending in many other countries adding: “When Labour’s John McDonnell, the shadow chancellor, calls for a network of regional banks, he is calling attention to a real issue”. And an FT reader commented, “The single most important ethos change required is this: publish everyone’s tax returns”: 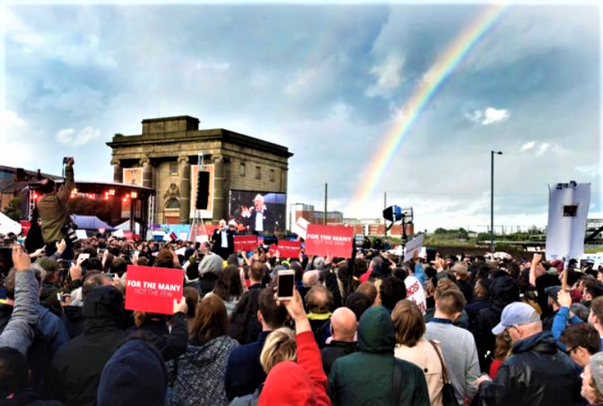 But first give hope to many by electing a truly social democratic party.

Is the rainbow suggesting a new party logo?