FT hysteria: ‘Corbyn’s platform is a tragic betrayal of Britain . . .’

The Labour Party’s inspiring manifesto is described by FT Journalist Robert Shrimsley (right) as “a self-indulgent and ideologically obsessed clique, holding open the door of Number 10 for Mr Johnson . . . economically ruinous; a manifesto that effectively tells outside investors the UK is closed for business . . .  the cumulative effect is an all-out attack on wealth creators which will deter foreign investment.

Brief comment on foreign policy. “Electing Mr Corbyn would be handing control of Britain’s defences to people who think the wrong side won the cold war”.

He continues: “For all those yearning for more investment in public services, a fairer economy, a saner Brexit and those just desperate to be rid of a government which has deepened the divides in the nation, Labour’s approach is a shameful betrayal“ after conceding:

“It may yet be that his potpourri of policies can win enough support among the young, the environmentally concerned and those who have suffered under austerity to stop Mr Johnson. There is no doubt Mr Corbyn has mobilised an activist base as no other recent leader has managed . . . but time is running out” 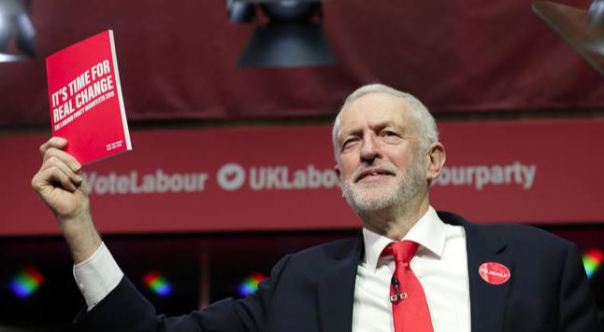 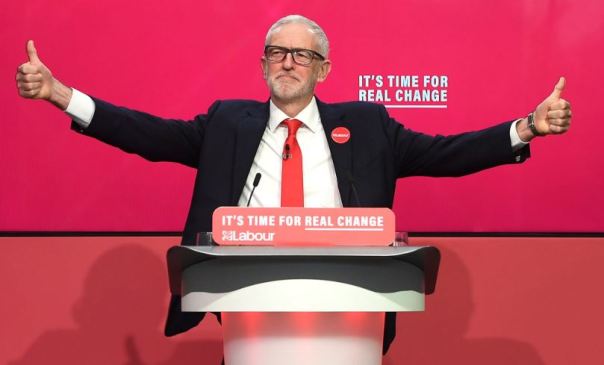 The content of the 14 anti-Corbyn articles published in the Murdoch Times today (post Manifesto) went unread, in favour of one of the four accounts in the Financial Times.

The FT notes that whereas previous Labour leaders, from Tony Blair to Gordon Brown and Ed Miliband, accepted the market economy, the ‘hard-left clique around Jeremy Corbyn’ do not.

It acknowledges that the manifesto identifies areas that genuinely need fixing:

The FT refers to the ‘vast expansion of the state’.

But the nationalisation proposals would, in most cases, merely return ownership of transport and other utilities from foreign state-owned industries to the British state.

As one correspondent wrote recently: “Which other mainstream European country has allowed wholesale privatisation of what used to be state owned businesses?”

‘Labour is proposing a staggering increase in inheritance, income and corporation taxes’.

Currently, low average earners in Britain on salaries of £25,000, or “middle-class” individuals on £40,000, enjoy among the lowest personal tax rates of ‘advanced European countries’, while high earners on £100,000 see less of their income taken in tax than almost anywhere else in Europe.

According to the FT’s calculation (Ed, double-checked) – Jeremy Corbyn’s £83bn ‘dream spending plan’, is based on using merely 6% of a national income of over £544bn to bring Britain and its services up to French and German, Irish and Swedish levels of social care and other services.

Evidently the FT’s apprehensions about the ‘vast’ expansion of the state and the high spending plans are exaggerated. Does their major concern lie in the brief reference to the UK’s “treasured status as a beacon for foreign investment”?

The unsensational truth is that Labour’s manifesto is grounded in ethical and moral arguments and merely intends to move steadily towards social justice and greater equality through legislative reform.