The Ministry of Defence has set up a “COVID Support Force”, a 20,000-strong group of military personnel who are on standby (Helen Warrell, FT). 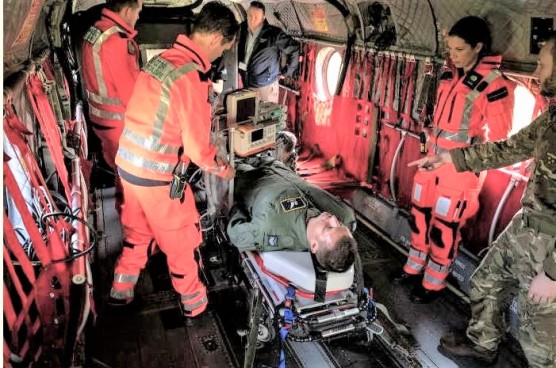 Commander Chris Knowles said the team has had experience of moving contagious patients since its deployment to the Ebola crisis in west Africa. Further military airlift teams will be based at Kinloss Barracks in Moray, Scotland; Odiham in Hampshire; Yeovilton in Somerset; and Leeming, in North Yorkshire.

The Guardian reports that key military officials will help to ensure that food and medicines reach vulnerable people isolated at home during the coronavirus crisis.

The Ministry of Defence has sent a team to support the Cabinet Office in tackling online misinformation – part of COVID Support Force effort in bolstering the UK’s coronavirus defences. It will help to identify and tackle fake online news about the pandemic and set its sights on an increasing number of fraudulent phishing scams.

Military engineers and logistics experts have helped to design nine field hospitals, while other members of the armed forces have delivered oxygen and personal protective equipment to health facilities.

The British Army helped to set up a new temporary hospital at a site in Birmingham’s national Exhibition Centre, another NHS Nightingale Hospital based at the ExCel Centre and a hospital at Manchester Central Convention Complex, formerly known as the GMEX. It is also helping to convert Glasgow’s SEC Centre into a temporary NHS hospital and more details about the army’s work maybe read on the ForcesNet website.

They echo the words of Dr Ian Davis, a trustee of a charity, Maternal and Childhealth Advocacy International and director of NATOWatch in 2014: “At a time when questionable missions are being contemplated to address threats from the so-called Islamic State in the Middle East, NATO boots on the ground to fight infectious disease seems like a more urgent and appropriate response for a military-political alliance”. In 2020 he writes a measured account of NATO’s ‘absolute maximum’ contribution at this time.

George Monbiot reports that a month ago, just as the coronavirus began racing across the UK, the government announced that it had raised military spending by £2 billion to £41.5 billion. Our military force, it claimed, is “the tip of the spear for a resurgent Global Britain”.

UK, USA and France are continuing to give logistical and intelligence support to Saudi Arabia, which is using British weaponry to bomb schools, markets and hospitals in Yemen already suffering the world’s worst humanitarian crisis and which has now had its first COVID case.

Mark Shapiro, who now lives in California, drew attention to a scathing article by Sarah Lazare (left). It was published in a site founded by author and historian James Weinstein in order to “identify and clarify the struggles against corporate power now multiplying in American society.”

Sarah records that military officials, with the help of Congress and defense industry lobbying groups, have fought to ensure that tanker and missile manufacturing sites remain open. Though workers will be at risk of infection, the profits CEOs and shareholders will be maintained. Her summary: the U.S. weapons industry is being kept afloat at a time when healthcare systems, and millions of ordinary Americans, are sinking.

She adds that this is further evidence of her country’s ‘militaristic bent’ and the political muscle of the companies that profit from the arms industry. This is also the case in Britain. Assistance to arms companies is depriving this and most other countries of the healthcare and social spending needed to reduce and address routine illness and disease, leaving them ill-equipped to deal with epidemics and pandemics such as COVID-19.

Will the government stop recruiting adolescents to the armed forces? 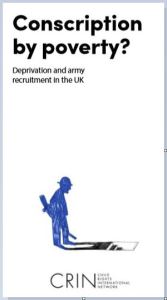 David Collins, a Committee member of the Movement for the Abolition of War of Friends of Le Monde Diplomatique and of Veterans For Peace UK, has drawn attention to a video on VfP’s website, “Made in the Royal Navy”, published by Child Rights International Network (CRIN). The film charges the British army with intentionally targeting young people from deprived backgrounds for the most dangerous front-line jobs. It plays on the natural anxiety in boys and young men about how they are going to become a man and go out into the world. Its message is that the Navy will remake the raw youth into a heroic version of the inadequate boy that they once were.

The actual experience of most of these youngsters is set out in a report published in August 2019: Conscription by Poverty? Deprivation and army recruitment in the UK.

This is a long-standing concern of many on our mailing list. In 2011, Britain’s child soldiers – 2 reminded readers that, twelve years earlier, the BBC had reported the British Army was being urged by the United Nations to stop sending young soldiers into war. 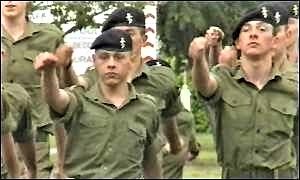 Following Symon Hill’s work in The Friend, the Ekklesia website, and a Nato Watch article, an article by Michael Bartlet, Parliamentary Liaison Secretary for Quakers in Britain, pointed out that “with the exception of Russia, and apprentices in Ireland, the British Army is unique in Europe in recruiting at the age of 16. Of 14,185 recruits into the army last year, 3,630 or over 25%, joined under the age of 18 . . . Deprivation and army recruitment in the UK . . . Those joining the army at the age of 16 often come from the poorest and least educated backgrounds. Some have reading ages of a child of half that age. They lack the confidence to seek a change in their career in the same way as those training for professions.”

Ian Davis, the Director of NatoWatch, sent a reference to the post by Symon Hill, now placed on its website. He added that the Coalition to Stop the Use of Child Soldiers, together with War Child, UNICEF UK, the Children’s Society, and the Children’s Rights Alliance for England are calling for the Armed Forces Bill to be amended to end the “outdated practice” of recruiting soldiers aged under 18, a call backed by Amnesty International UK and the United Nations Association.

A 2016 report by public health charity Medact found that soldiers recruited aged 16 and 17 were twice as likely to be killed or injured when in combat compared to those enlisted when aged 18 or over. Medact also found that they were more likely to commit suicide, self-harm, abuse alcohol and develop post-traumatic stress disorder than older recruits

In May this year, the BMI Journal reviewed an article: Adverse health effects of recruiting child soldiers, published in February. It rejected the main justification resting on fears of a ‘recruitment shortfall’: saying that given the extensive harms described in its report, to put recruitment figures above the health and well-being of children and adolescents seems misguided and counterproductive for both the Ministry of Defence as a governmental body and wider society.The second justification alleging economic and occupational benefits to recruits, many of whom come from disadvantaged backgrounds was also rejected:

“(W)e have seen that it is precisely child recruits from disadvantaged backgrounds who are at highest risk of adverse outcomes in the military. Furthermore, figures from 2017 show that those recruited under the age of 18 constituted 24% of those who voluntarily left the Armed Forces before completing their service—this also increases the likelihood of lower mental health outcomes”.

It supported the views of those of the fourteen organisations mentioned here, recommending that the UK end its practice of recruiting adolescents to the armed forces. 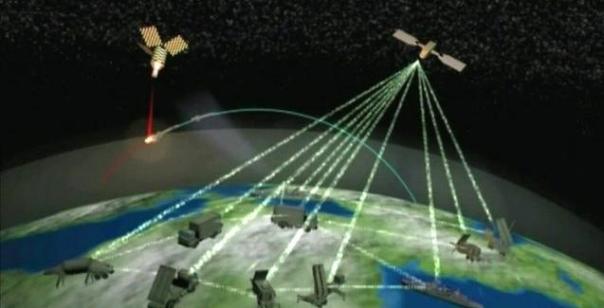 Boondoggle? A project considered a useless waste of both time and money, yet often continued due to extraneous policy motivations. The term “boondoggle” may also be used to refer to protracted government or corporate projects involving large numbers of people and usually heavy expenditure, where at some point, the key operators, having realized that the project will never work, are still reluctant to bring this to the attention of their superiors.

Missile defence is an incredibly complicated subject in its planning, funding and implementation – if not in its rationale, which seems to be questionable and contentious. The breakdown of what is ostensibly a US, NATO or national asset is opaque and, as a consequence, so is a clear understanding of relative and assigned costs.

What is clear is that costs, both fiscal and geopolitical, are going to be substantial and on-going for some time. That alone should be of concern to national treasuries, parliamentary oversight bodies and citizens in NATO Member States. There is a sense of inevitable and growing momentum behind this endeavour with a good deal of industrial commitment already entrenched and with the prospect of lucrative contracts on the horizon.

Is this drive for missile defence systems in Europe prompted by indicators that coincide with Pentagon and NATO HQ thinking?

Most worryingly, however, is the seemingly negative impact this highly controversial military procurement programme is having on NATO-Russia relations and the absence of any ‘circuit breakers’ to reflect changes in geopolitics (such as the emerging détente with Iran).

Generally, we are led to believe that NATO is seeking to channel European defence spending towards essential military programmes which enhance collective security within the Alliance. Based on this ‘smart defence’ criteria, it is hard not to conclude that the inextricable drive for missile defence systems in Europe is heading in the opposite direction and ignoring all indicators that do not coincide with established thinking inside the Pentagon and NATO HQ.