Camilla Hodgson reports that ten English authorities with the highest number of homes at serious flood risk plan to build homes in what the government considers “high-risk” areas. Almost 35,000 are planned – and more in lower-risk flood zones, according to local planning documents analysed by the FT. 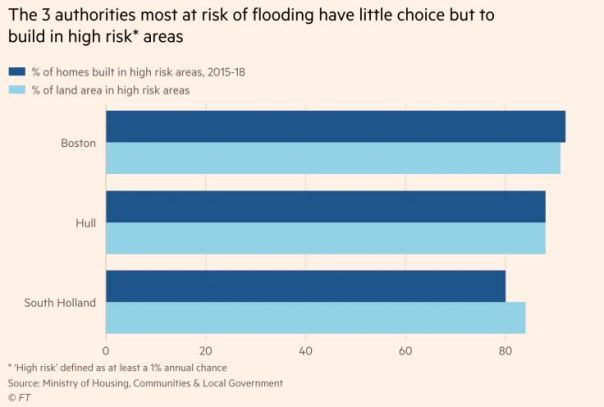 Council planning officers at both Fenland and Hull councils said the risk of flooding must be balanced against the importance of economic growth.

in November The Lincolnite reported that more than 5,000 homes have been proposed in high-risk zones of Lincolnshire, where roads and thousands of acres of farmland were flooded with some farms being totally marooned. 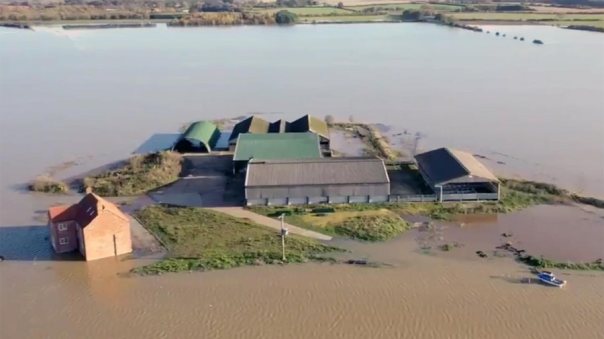 Andrew Ward, one of the affected farmers, described the ‘horrendous’ damage: “Potatoes, sugar beet and maize have been ruined and the loss of wildlife will be colossal here, all of their habitats will be ruined.”

He complains that the Environment Agency are using farmland as flood plains to prevent flooding in Lincoln: “The rivers need to be dredged but we haven’t ever seen it happen here”. The Environment Agency has insisted that it does carry out regular and ongoing maintenance and blamed problems on the heavy rainfall. See video link

In due course this statement should be fact-checked.