Could a phoenix rise from the LibLabCon ashes?

Extracts from an article by George Parker, the FT’s political editor:

Mr Parker said that, in a Europe where anti-austerity parties are on the march, Jeremy Corbyn offers a more radical approach, capturing some of the leftwing anger of Syriza or Podemos: “I have been in Greece, I have been in Spain. It’s very interesting that social democratic parties that accept the austerity agenda and end up implementing it end up losing a lot of members and a lot of support.” He continued:

“He often turned out to be right in the causes he pursued though it did not always feel that way:

At the time he ‘earned criticism’ but, Parker adds an accolade, “few question Mr Corbyn’s seriousness and integrity . . . he offers ideological  certainty” – in other words he knows his mind and speaks the truth – a rare commodity in today’s politics.

Boris Johnson would say that wouldn’t he?

Writing in the Sun Boris Johnson, London mayor, says: “Of course, he won’t actually win this leadership election. His ideas would be economically ruinous and would impose huge new taxes on working people”.

He may well be quite wrong: Corbyn may win this leadership election; his implemented policies could lead to increased employment and higher taxes on those who can afford them may well be used constructively.

Johnson says that the reason Jeremy Corbyn strikes such a chord with the electorate can be summed up in one word: Authenticity: “Whatever you say about the veteran MP for Islington, he has thought about his positions. He cares. And he puts his principles into practice” and asks: “Can you really say he has been as eccentric as all that?

“The reason he is doing so well is that by comparison with the other Labour leadership candidates — a bunch of relatively anaemic, gelatinous and vacillating opportunists — Jeremy Corbyn looks passionate and principled. And that has lessons for everyone in politics”.

Not convinced? Watch him on Newsnight:http://www.bbc.co.uk/programmes/p02y2ffn

Obama, Cameron’s “great friend” – if he toes the line 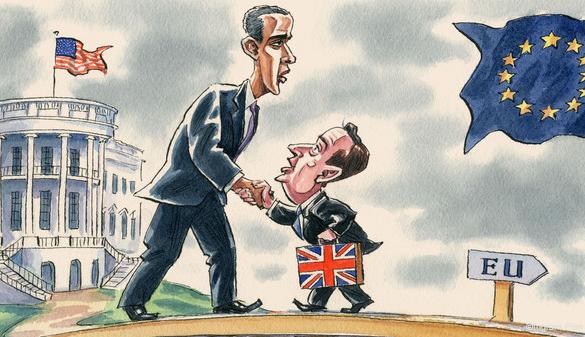 Deplored: once again Britain’s senior politicians – pre-election – seek to reaffirm ‘friendship’ with those who – after subverting and overturning South American democracies, created or acquiesced in Guantanamo Bay and Abu Ghraib and destabilised the Middle East by supporting Iraq – then illegally invading that country.

US president Barack Obama lavished praise on David Cameron during his recent visit to UK prime minister to Washington, calling him a great friend and “one of my closest and most trusted partners in the world”.

But he has little to offer compared with Germany, said to be seen as America’s main ally in Europe, following doubts over Britain’s membership of the EU – Brexit [British exit].

Philip Stephens noted recently in the FT: “the Tory election manifesto leaves the US administration at best incredulous and sometimes scathing. Why on earth, the president has been heard to ask, would any British leader flirt with the idea of pulling up the drawbridge against the EU?”

He continues: “Stripped of diplomatic niceties, the American view of Europe is that, since Germany pays most of Europe’s bills, Chancellor Angela Merkel more or less runs the show”.

Mr Cameron has agreed to supply a further 1,000 UK troops to NATO exercises in eastern Europe over the next year countering Russian military involvement in the region and to provide more drones to help with surveillance missions against Islamist militants fighting in northern Iraq, but the American government has other concerns:

Some see the Swiss model is a favoured alternative, minus its safe haven banking practices.