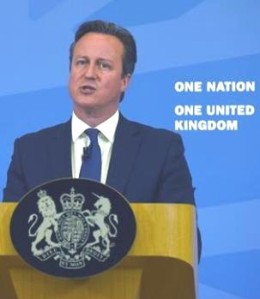 First, the prime minister could help to bring about change by apologising for British and American extremism.

He conveniently omits to acknowledge the impact of the attack on Iraq in 1992 – well before 9/11/2001. It was followed by an illegal and ruinous invasion in 2003 and illegal detention and torture in Guantanamo Bay, Abu Ghraib and less well-known prisons.

He said: “I think we need a clarity of what we mean by extremism” – the actions mentioned above are extreme and over time an extreme response to them has materialised.

Then he added that what we need is people involved in our schools who buy into British values of freedom, democracy, free speech :

Freedom: Babar Ahmad imprisoned in Britain without charge for years

Free speech: as long as it doesn’t ‘rock the boat’ & is politically correct.

Second, Mr Cameron should tone down his extreme support for Israel, which slaughtered over 2000 Palestinians in five weeks and has inflicted many hardships on those living in the occupied territories – except those living well in the illegal Israeli settlements.

Finally he can apologise for Britain’s part in executing young and old without trial by drone strike.