Media 83: BBC in the dock again

Media Lens quoted Greg Dyke, a former BBC director general, who believes, ‘The BBC is part of a “conspiracy” preventing the “radical changes” needed to UK democracy.’ He says that a parliamentary commission should look into the ‘whole political system’, adding that ‘I fear it will never happen because I fear the political class will stop it.’ And recalled the words of Sir Michael Lyons, former chairman of the BBC Trust, who said there had been ‘some quite extraordinary attacks’ on Labour leader Jeremy Corbyn by the BBC.

Reading ML’s (Killing Corbyn) dissection of the role played by BBC News – in particular, its political editor Laura Kuenssberg ‘fed’ by two public relations companies – recalls the classic display given as she attempted to ‘down’ Jeremy Corbyn. A would-be demolition expert, Laura completely abandoned her regular target after a good performance in the last general election and avidly described the losses and distress of Theresa May

In December it was reported that Labour MP Chris Williamson was invited to appear on the BBC’s Daily Politics programme to discuss the mainstream media ‘blackout’ of the news about Jeremy Corbyn’s award from the International Peace Bureau.

That ‘blackout’ would almost certainly still be in place if the award had not ‘gone viral’ on social media and it was pointed out that the MSM had given extensive coverage to Theresa May putting a star on a Christmas tree and to William and Kate receiving a Blue Peter badge.

Failing to toe the policy line, Norman Smith, the BBC’s Assistant Political Editor ‘tells it like it is’ – and describes meeting a group of Momentum supporters in Brixton and finding no-one fitting the hard-left stereotype:

“What Steve, Samira, Nadine and Roland (and we add hundreds of thousands) have in common is an enthusiasm fired by Jeremy Corbyn’s leadership campaign. They are Corbyn’s foot soldiers. Steve – a self-confessed “middle aged, BBC Radio 4 addict”- says he joined the Labour Party ‘about 20 seconds’ after Mr Corbyn’s victory. Samira also joined after Mr Corbyn won. “For the first time”, she says, “I felt there was somebody I could stand behind and that I could trust”. 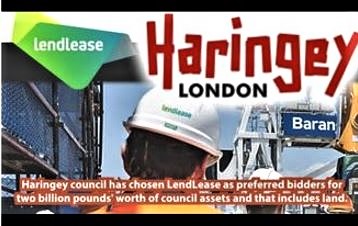 There is widespread opposition to the destruction of estates where thousands of families lived, small businesses trading for generations, in this case by a private fund, the Haringey Development Vehicle, owned jointly with the developer Lendlease. Read more here.

It included the journalist’s personal opinions about the case and about statements made by the complainant against the councillor. It commented, “The leaking of the email and the information it contained raised serious questions about the ethics and appropriateness of sending it – and about the BBC’s impartiality in the way information and claims were presented”.

The identity of the journalist and councillor in question, along with details of the information and the untrue claim, will be released shortly in a separate Skwawkbox article.