Report: Dubai lawyer to sue Blair over war crimes in Iraq – and why not Bush, the leading partner?

Investigative journalist Felicity Arbuthnot today sent a link to an article in the Gulf News, reporting that a Dubai-Cairo-London based law firm, headed by advocate Nasser Hashem, intends to take legal action against former British prime minister Tony Blair, seeking his prosecution for committing war crimes and crimes against humanity during the invasion of Iraq in 2003. Read an earlier statement of intention on their website.

This decision was made following the publication of Chilcot’s report on the Iraq war in July in which it was found that Saddam Hussain did not pose an urgent threat to British interests and that the intelligence regarding weapons of mass destruction was presented with unwarranted certainty.

Also, the report said UK and the US had undermined the authority of the United Nations Security Council. Hashem explained:

“We are taking this legal procedure against Blair since he took the decision [in his capacity as the British prime minister then] to participate with the United States in the invasion of Iraq in 2003 without the permission of the UK’s House of Commons. 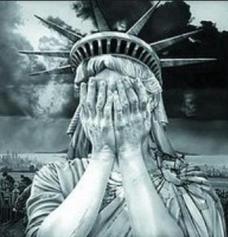 “He produced unreasonable, bogus and wrong information to the House of Commons, according to the Chilcot report, and based on that information, the UK participated in that war.”

Hashem said Blair also falsely told the House of Commons that Iraq possessed weapons of mass destruction and biological weapons before the war was launched against Iraq.

He added: “Thousands of Iraqis were killed, injured, displaced and/or shattered. Blair committed war crimes against the people of Iraq and violated human rights. He should be taken to court for the crimes he committed”.

This is a dreadful ordeal for the former British Prime Minister to face, but it pales into insignificance when compared with the sufferings of thousands of Iraqi people. And if it can make political leaders realise that military interventions are always both barbaric and futile Blair’s suffering will have served the world well.